The 2020 OPPS proposed rule goes further than price transparency requirements finalized in the 2019 IPPS final rule, including defining terms such as “standard charges,” enforcing the policy through penalties, requiring the posting of 300 shoppable services, and asking for payer-specific information.

Although the AHA said that it supports increased transparency around patients’ out-of-pocket costs, CMS’ proposal would impose a substantial burden on hospitals with limited benefit to patients. It would also foster an anti-competitive marketplace for payers, a concern America’s Health Insurance Plans also raised in its comments on the proposed rule. The AHA also cautions that the price transparency proposals overstep CMS’ legal authority, raising the possibility of future lawsuits.

Price transparency wasn’t the only proposal that may skirt the outer limits of CMS’ authority, the AHA said in its comments. The association singled out several other proposals that it opposes, and which may exceed CMS’ authority. Specifically, the AHA raised concerns regarding the following proposals:

The AHA also commented on CMS’ proposal to continue its current 340B drug payment policies and reimburse hospitals at average sales price (ASP) minus 22.5%, a policy first introduced in the 2018 OPPS proposed rule and expanded to additional sites in the 2019 OPPS final rule. The policy was widely opposed, and in May a U.S. District Court ruled that the reduction in payments was unlawful. CMS is appealing the ruling and the 2020 OPPS proposed rule proposes to maintain the cuts. However, the agency is also soliciting comments on how to unwind the policy and make remedies for cuts in 2018 and 2019 if its appeal fails. The AHA recommended that CMS return to the previous payment policy of ASP plus 6% and recalculate payments made in 2018 and 2019. The AHA also stated that CMS should avoid implementing any remediation policy that would have a negative financial impact on non-340B hospitals.

Editor’s note: For more information on the OPPS proposed rule, NAHRI members can listen to the July members-only quarterly call. NAHRI Advisory Board members Valerie Rinkle, MPA, CHRI, and Jugna Shah, MPH, CHRI, will take a deep dive into the OPPS proposed rule at the 2019 Revenue Integrity Symposium, October 15–16, during their session “Round the Rule Merry-Go-Round: IPPS, OPPS, and MPFS.” 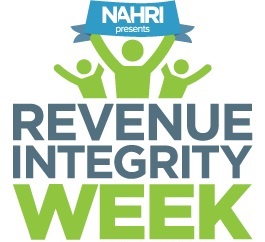 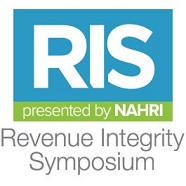